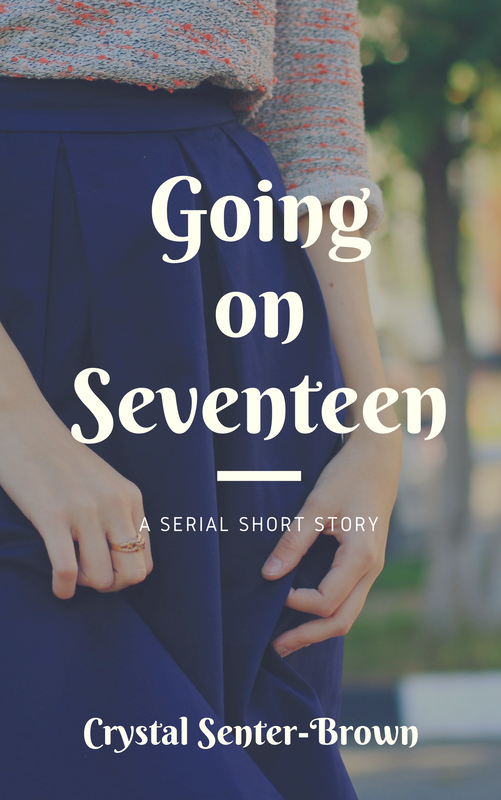 There shouldn’t be an age requirement for being a mother.

I may be only sixteen (going on seventeen) but I’ve cared for enough children to know how it works.  But honestly, it didn’t even dawn on me that I could actually get pregnant at this age. One minute I was dancing with Tommy Howard down at the teen night and  next thing I know, I’m in the backseat of his father's old pick-up truck.  I blamed my lapse in judgement on the moonshine Tommy shared with me from a mason jar, but that's just an excuse. I definitely knew better. Tommy even told me he loved me!

So when my period failed to appear the following month, I wasn’t upset. Tommy was my boyfriend (in my head) by then, so I assumed he’d be overjoyed with the fact that we were going to be parents. Maybe we'd even get married!  But when I told him the news, Tommy didn't smile at all. Instead, he shoved his hands into his pockets.

“So how much will the abortion be?” Tommy asked.

“So is sex outside of marriage, but you didn’t seem to mind that."

“I’m not getting an abortion, Tommy. So you better get yourself ready to be a father.” I stomped off as Tommy watched me walk away.

Because I have always been a little chunky, it took a few months for my grandmother to notice my weight gain. And of course she didn’t hesitate to ask if I was pregnant. But who knew she would also turn on me? After being on my side for as long as I could remember, she kicked me out of her house while mumbling something about being sick and tired of raising everybody else’s bastard children.

I waddled down the dirt road that ran parallel to my grandmother's home with nothing but my backpack. That’s when I met Pastor Job Smith, the owner of the Job Smith Home for Unwed Mothers. His kind face made it easy for me to get into his car, even though I had never seen him before in my entire life. (So much for stranger danger.)

Pastor Job pulled up in front of a large, three story house on the west end of town.  Several young pregnant girls were sitting out on the front porch, shoeless, but seemingly happy.

“This is Genesis,” Pastor Job said. “Hi Genesis,” they all said in unison.

I followed him to the second floor of the house where he showed me the room I would share with five other girls. “This is your bed and dresser,” he said. “Breakfast is at eight, chores have to be done before you can eat."

The next morning, Pastor Job gave me a stack of papers to sign.  “This is so we can pay for your room and food and your baby’s doctor visits.” I didn’t even read them.  I signed the bottom of each page and handed the stack back to him.
“Let’s eat,” one of the girls said as she passed me. I followed her back downstairs to the kitchen.

Pastor Job’s wife Naomi greeted me with a hug. She was a short, round woman with a wide smile. When I hugged her, she smelled like Jean Nate and Ben Gay.

I sat next to a girl who looked to be no older than thirteen. She was holding her stomach and moaning.

“We think today’s the day our...I mean HER her baby will be born!” Pastor Job said. The girl moaned again.

“Are you excited?” I asked her. She just shook her head.

“She don’t talk much, honey,” Naomi said as she placed a plate of food in front of me.
“OOOOOH!” the girl said as she grabbed her stomach again. As she stood up, a pool of water formed at her feet.

“It’s definitely time!” Naomi said. “Job, pull the car around. I’ll get her a change of clothes and we’ll meet you out front.” Within a few minutes, Job, Naomi and the moaning girl were screeching down the driveway toward the hospital.

The other girls at the table were silent.  “So do y’all like it here?” I asked.

“I do,” the girl with the wild red hair and buck teeth said.  “My name is Claudia by the way.”

“Hi Claudia.  How long you been here?”

“Seven months. My baby is due in a few weeks.  Then once he’s with his new family, I’ll be going back to Atlanta.”

“Oh, you’re not keeping your baby?” I asked, shocked.

“No you’re not,” Claudia said. “Didn’t you sign the papers Pastor Job gave you?”

“Well yes, but that was just so they can pay for my room and board. And my appointments.”

“In exchange for your baby,” Claudia said. “Dang girl, didn’t you even read what you signed?”

I hadn’t. And it was at that moment I realized I had made a terrible mistake.

I pushed back from the table. “Well I’m not staying here. No way,” I said.

I ran upstairs and threw my clothes into my backpack.  I overheard one of the girls whispering on the phone in the room next to me. I heard my name as well as “you better get back here fast. She’s leaving.”

“Who are you talking to?” I asked her.  She slammed the phone down and looked at me.

I didn’t have time to fight with her. I had to get out of there, and fast.

To be continued on October 14th.