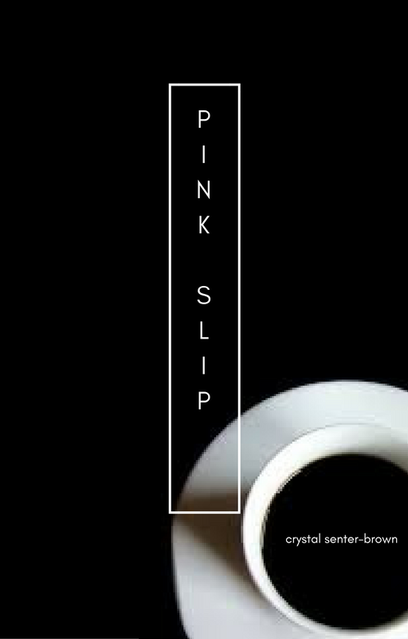 Michael Garrett wasn't born a failure. In fact, up until today, he was the model husband.

​Every Friday he would arrive home from work holding a bouquet of flowers for his wife Jocelyn. He would buy whatever was on sale, so the flowers usually consisted of wilted daisies or carnations. But he assumed that Jocelyn didn’t care what kind of flowers they were, that all that mattered was that they were from Michael. Everything was perfect...

Until he lost his job.

And not just any job, it was the job he had held for over ten years. He was finally the assistant vice president of manufacturing, a position he had wanted since he started working at the factory a few weeks after his high school graduation. But times were changing, and the factory no longer needed a VP. Michael never raised his voice at work, so when they served him with his pink slip, they expected him to leave quietly like all the others had. But Michael proved them wrong by flipping over every desk he passed on his way out. He even spit on his boss before he was thrown through the double doors into the parking lot.

Although Michael should have immediately told Jocelyn he was fired, he didn’t. For the next few weeks he still got up at 5 a.m. and dressed for work. Jocelyn would kiss him goodbye as she handed him his lunch bag of leftovers from the night before. As he drove away from his house every morning, his stomach ached. He knew he couldn’t carry this lie on for much longer. He would then spend the next eight hours at various coffee shops and diners on the outskirts of town, drinking cup after cup of coffee. He would arrive back home each evening just in time to sit down to a meal with Jocelyn and the kids. She didn’t have a clue.

Or so he thought.

One Friday night, Jocelyn was standing at the front door with her arms folded as Michael pulled into the driveway. He got out of the car smiling and singing and presented her with his usual bouquet of discount flowers. But instead of taking the flowers, she turned her head as he tried to kiss her. “What’s your deal?” Michael said as Jocelyn pulled away from him.

“What’s MY deal? My deal is that Marian called me earlier and said she saw you sittin’ at some seedy coffee shop downtown. She said it looked like you were waiting on someone. She said she came back later and you were STILL there! How were you at the coffee shop when you were supposed to be working today? Are you cheating on me, Michael?”

“I can explain,” Michael said as he attempted to pull Jocelyn into an embrace again.

“I don’t want to hear any more of your lies, Mike. No more!” Jocelyn fumed. “You did this to me before and I took you back. Well not this time!”

“Just give me a second to explain, Joss, please! It’s not what you think!”

“I should’ve listened to my mother when she told me not to marry you. She said you’d end up doing me wrong again and now look at us! I’m such a fool!”

Michael reached out to Jocelyn but she jerked away from him. “DO NOT TOUCH ME!”

Jocelyn pushed past Michael and retrieved her suitcase from behind the door. “Michael Junior! Cassie! Y’all come on! We’re going on a little trip!”

“Where are you taking my kids?”

“I’m taking MY kids to my mama’s. At least I don’t have to worry about breathing the same air as a lying, cheating, dog while I’m there!”

“You’re gonna be sorry you did this, Jocelyn. Especially once you understand what’s really going on.”

“All I need to know is that my husband has been spending the last God-knows-how-many weeks sittin’ up at a coffee shop with his girlfriend. Ain’t much else I need to know besides that.”

And with that, she was gone.

To be continued on August 7th.

My mother was right about Mike. Well, at least partially.

Mama was sure that he would do me just like my father did her: make a couple of kids, find a new girlfriend, and then leave.

But I didn't want to believe her. Mike and I were high school sweethearts, for goodness sake. We were even crowned prom king and queen in our senior year! Everyone believed that we would be together forever.

But look at us now.

When my girlfriend sent me the text to tell me that Mike was sitting in that coffee shop all day, at first I thought that maybe he was planning to leave me. And then of course I began to think "what did I do wrong?" I stood in our bathroom mirror that morning and looked at my freckled face (Mike LOVES my freckles), then my not-so-perky breasts (which Mike always said fed two babies, so they are amazing), then the tiny bulge of my belly (which, again, carried two babies). Finally, my gaze fell on my fleshy thighs (which Mike said were perfect). I had certainly let myself go over the past few years. But Mike had too! By the time I finished my personal body inventory of all the parts I hated, but Mike loved, I was fuming!

So when he arrived home with that same raggedy bouquet of flowers like he had been at work all day, when in reality he was sitting in that cafe waiting on his girlfriend, I lost it. I didn't even care that the kids saw me upset. I let him have it! How dare he cheat on ME? ME? I am the glue that held this family together for the past ten years. I should have listened to my mother, but I can't worry about that now. All I'm focused on is getting out of here so I can have time to think.

I guess Jocelyn was really serious when she said she was going to her mother's. She's said it countless times before, but she always ended up sitting in the driveway listening to her podcasts, only to come back inside after an hour or so.

But when I looked and saw that her car was no longer parked outside, my stomach dropped. Not only had I lost my job, I had also potentially lost the love of my life.
I had to think. I had been dealing with my job loss for weeks, but losing Jocelyn was so much worse. She is my backbone. How can I live without her and the kids?

I decided to take a chance and call her mother, knowing that her mother was probably looking forward to cursing me out.

"Hello?" Jocelyn's mother said as she answered the phone.
"Hi Momma T, this is---"
"Oh, I know who this is! This is that sorry, no-good excuse for a man that is married to my daughter. What the hell do you want?"
"Momma T, it's not what you think. I'm not cheating on Jocelyn! I lost my--"
"It's not what I think? I'm thinking that you lied to my daughter. Is that true? Or is that a lie?"
I was silent for a moment. "I did lie, but not--"
"I have nothing more to say to you, Michael. Get some sleep and maybe I'll have Jocelyn give you a call in the morning." And with that, she ended the call.

As I sat on our sofa, I looked at the dozens of family photos that were hanging on the wall. Michael Jr.'s kindergarten graduation. Cassie's first baseball game. My last company Christmas party. These photos contained all the things I had worked so hard for, yet none of it mattered now.

I had to fix this situation. And fast.